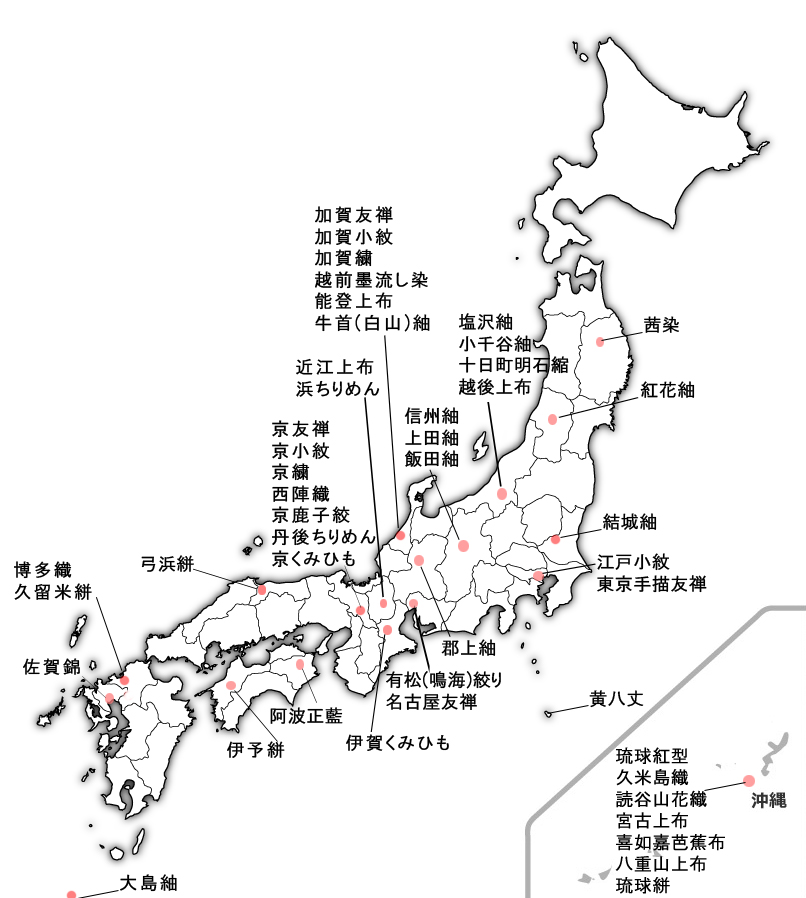 Kyo Yuzen (Kyo Yuzen) is one of the traditional crafts in Kyoto, a dyeing invented by Fan artist Miyazaki Yuzensa in Genroku era. I painted a silk fabric white cloth and dyed it out, exposed it with the flow of the Kamogawa river, and had a vivid color, but recently I moved to the suburbs.
It is also simply called “Yuzen dyodo”. 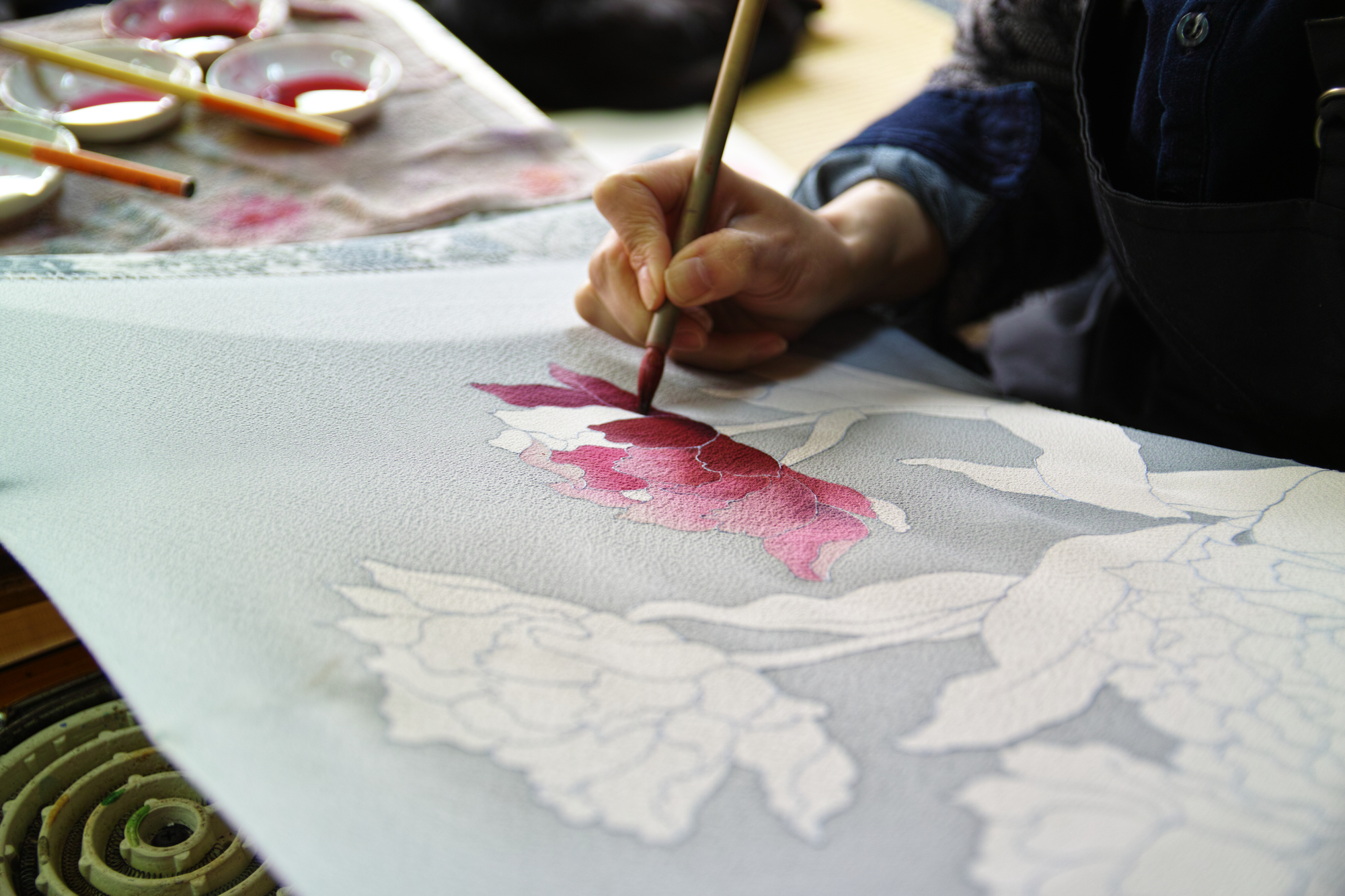 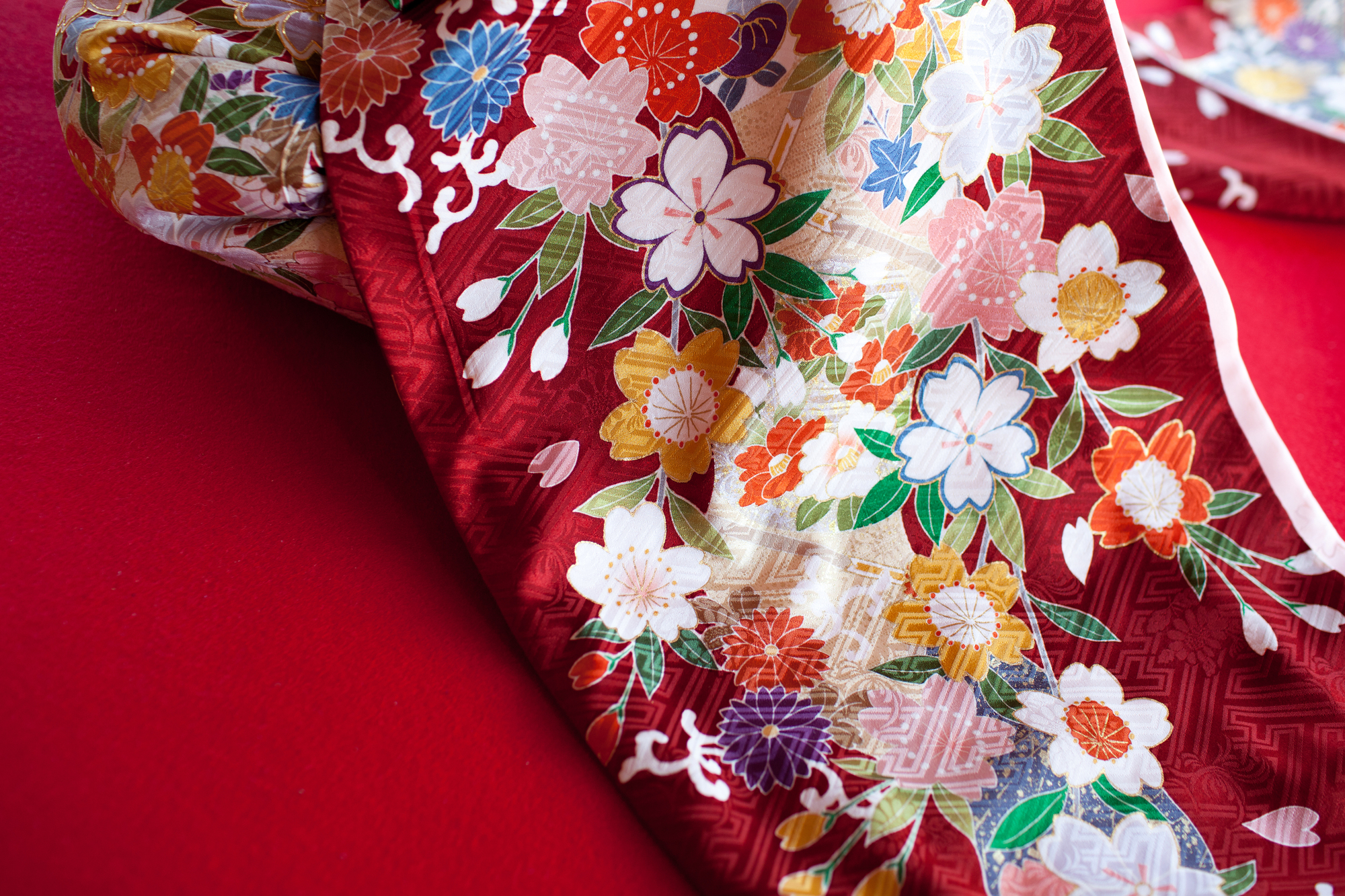 Kaga Yuzen is a nationally designated traditional craft item, a painter Miyazaki Izendai who is said to be the founder of Kyoto Yuzen based on Kaga Prefecture dyeing in the Kaga clan in the middle of the Edo period, Kaga Clan clan herself in Tarou Takaya, who used to be a Konoya clan for Kaga clan, brought a bold design to Kaga Mokogyo, established dyeing technique and its work. It is known for its brilliant colors called Kaga Five Colors (indigo, tallow, grass, ocher, ancient purple), and especially uses red, purple and green series colors.
In the pattern, there are plenty of paintings such as grass, flowers, birds, etc. with the graphic style of Kyoto Yuzen, and unique decoration such as “bug eating” was born from the importance of natural portrayal. “Blur” also tends to be used more frequently than Kyo Yuzen. In the Asano River flowing through Kanazawa City, there is a case that Yuzen rush which washes away extra glue or dye is seen toward the end of the process. 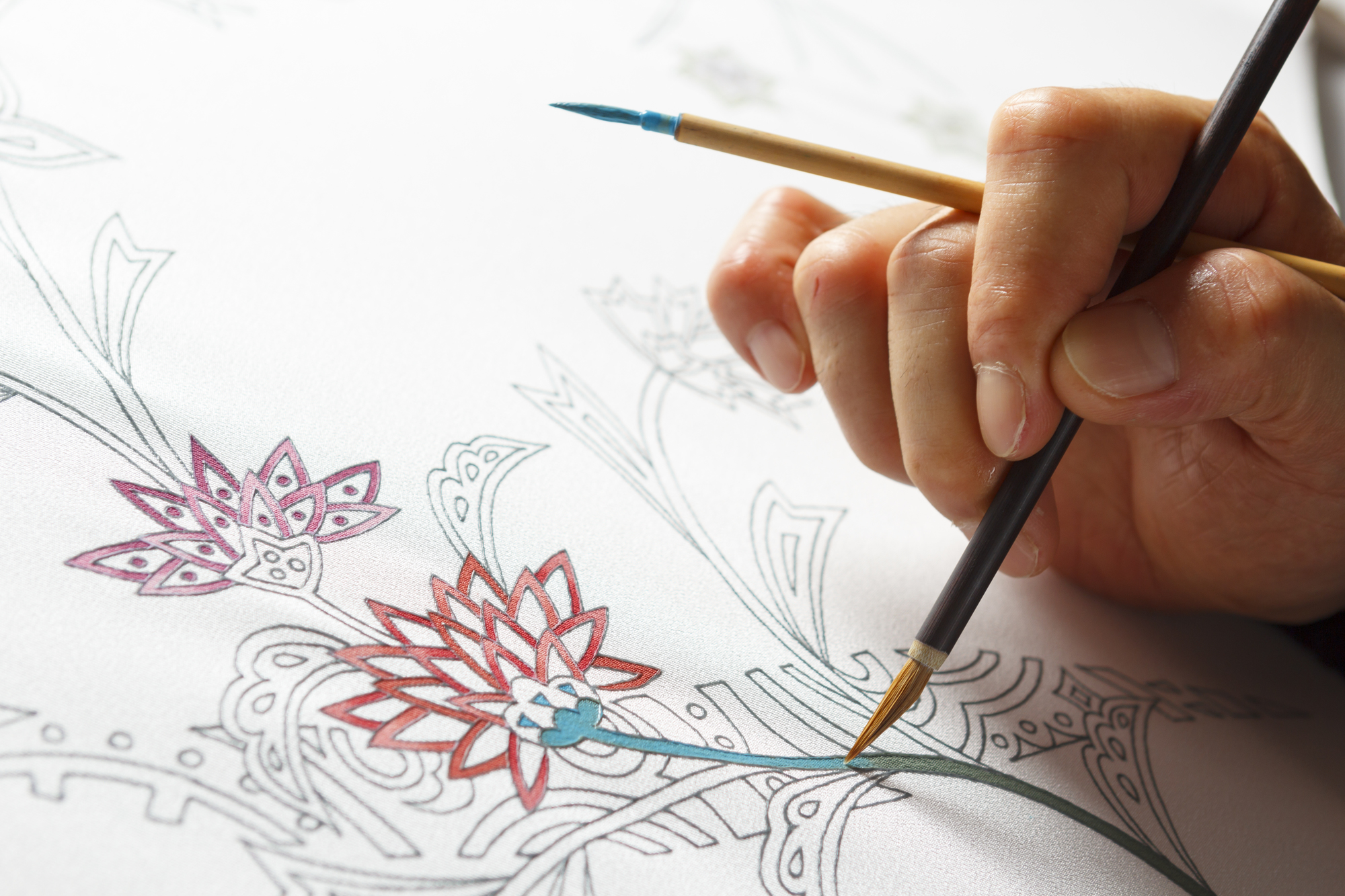 Nishijin weave (nijin doll) is a nickname that summarizes Kyoto’s dyed fabrics.
Nishijin is the name of the place in Kyoto, where the West Army (Yamana Muneaki side) placed the Honjin at the time of Nenin’s turbulence. The administrative district is not special, but the district where this fabric belongs is the northwestern part of the city of Kyoto, roughly the Kamigyo-ku, Kita-ku, south is Imadegawa-ku, the north is Kita-odori, the east is Horikawa dori, There are many in the west surrounded by 1,000 tidbits. Although it developed greatly in the period of Inhei ‘s turbulence, this tradition has been transmitted since the end of the 5th century, which was older than Jonin’ s Ran. “Nishijin” and “Nishijin weave” are registered trademarks of “Nishijin Textile Industry Association”. 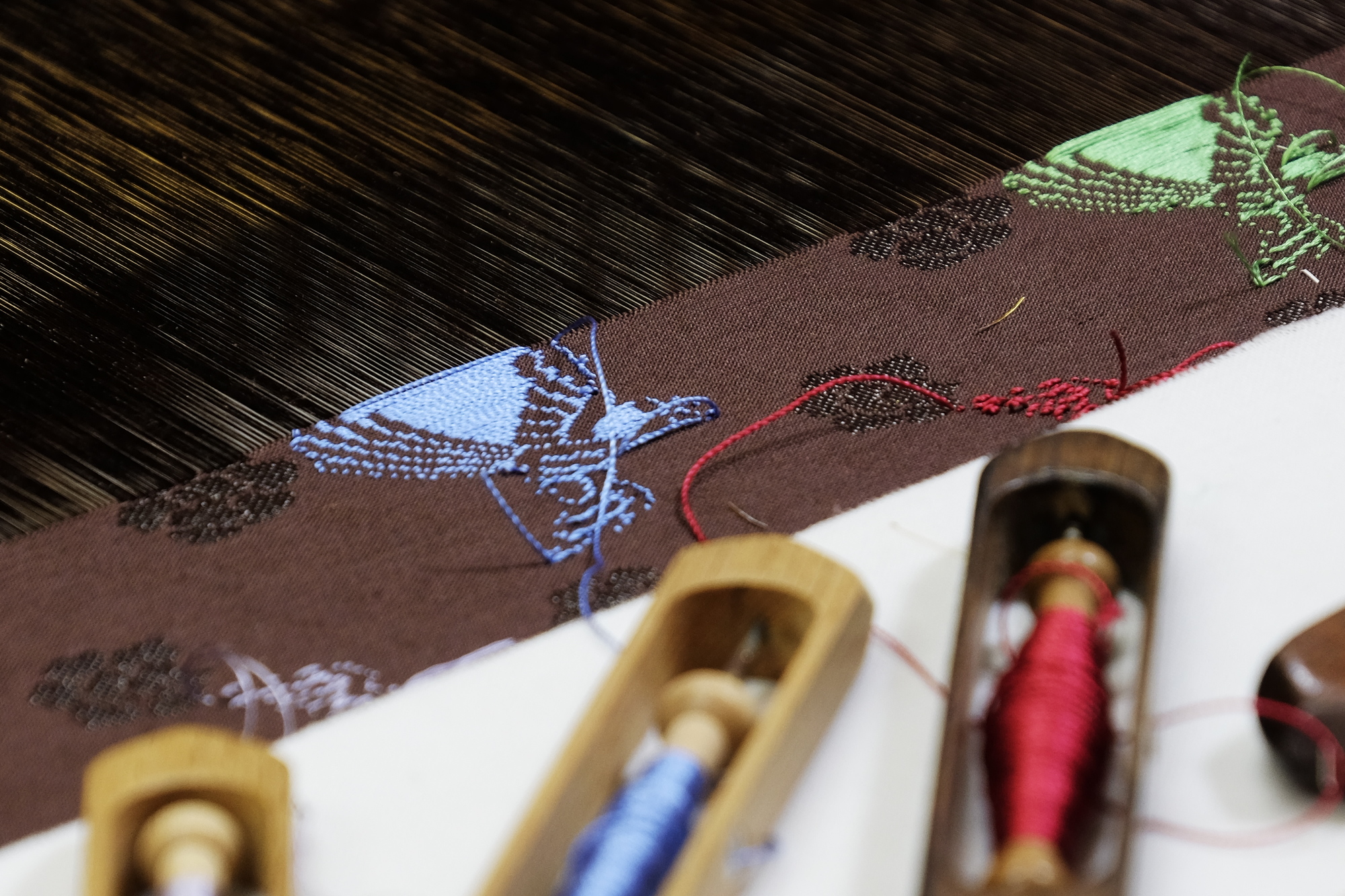 Hakata-oro (Hakata) is a silk fabric that is regarded as a special product mainly in Fukuoka City, Fukuoka Prefecture, mainly in the Hakata area. One of Japan’s three major fabrics. Recently the production areas are dispersing around Fukuoka city. From the time that Edo period, Mr. Kuroda of Fukuoka clan was presented to Shoguns of Tokugawa, especially the best ones are also called Hakata donated etc. Designated as a designated traditional craft item by the Minister of Economy, Trade and Industry. 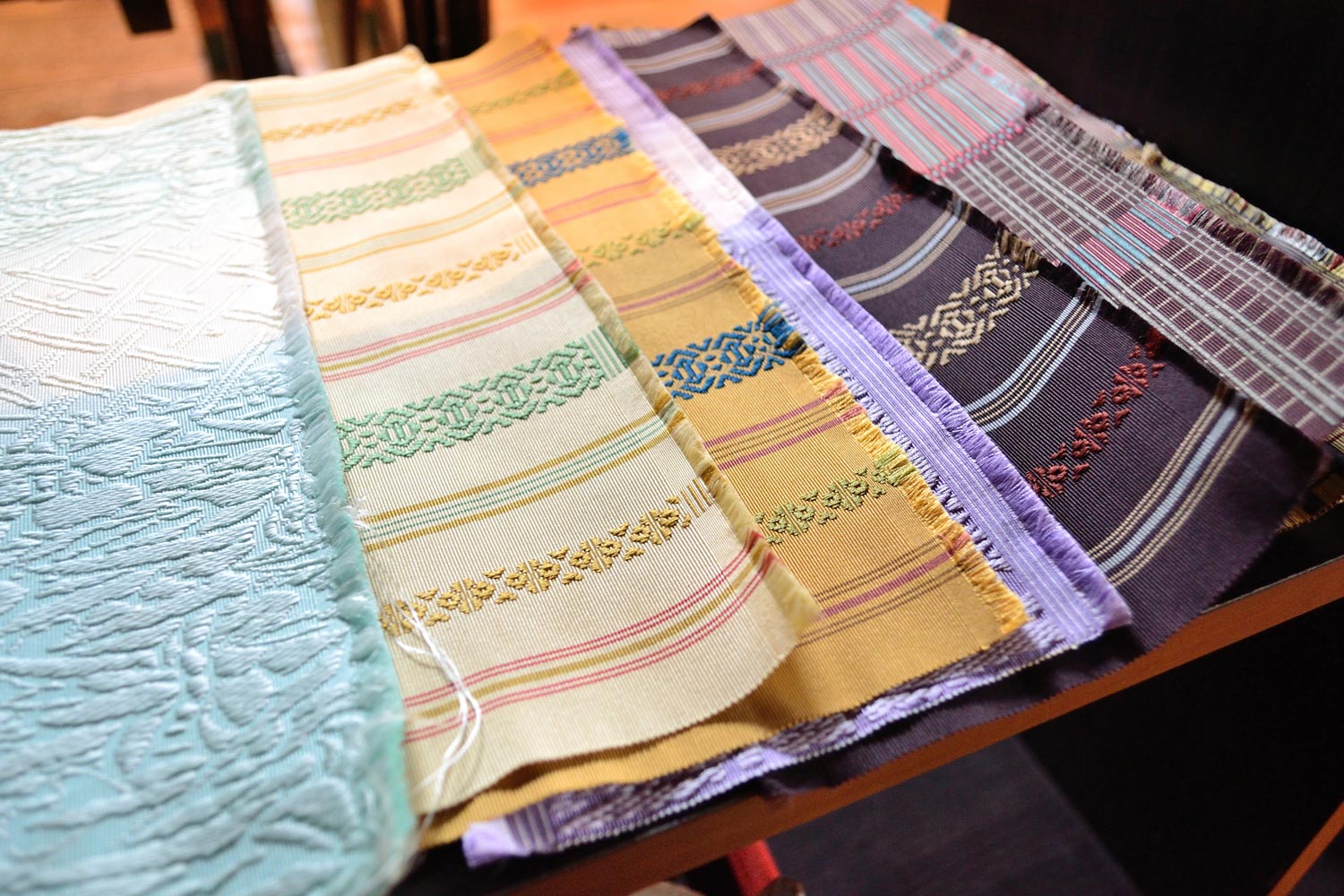 Oshima Tsumugi (Oshimatsumugi) is a special product of Amami Oshima which is the main island of the Amami archipelago south of Kagoshima prefecture and is hand-woven silk fabric silk threaded with mud dyed with plain weave silk fabric or sewn with silk cloth is there. It is called Oshima’s alias or abbreviation. 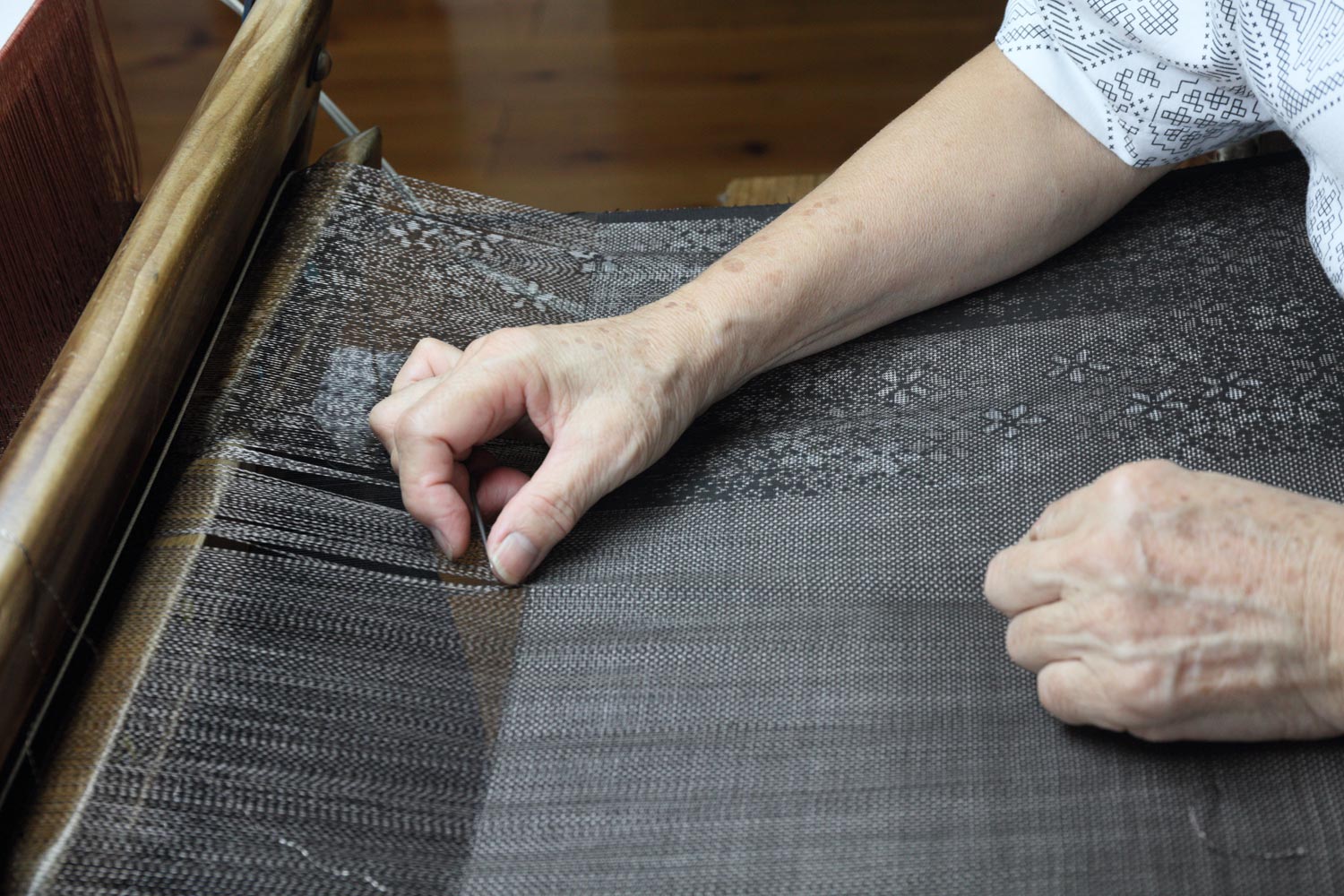 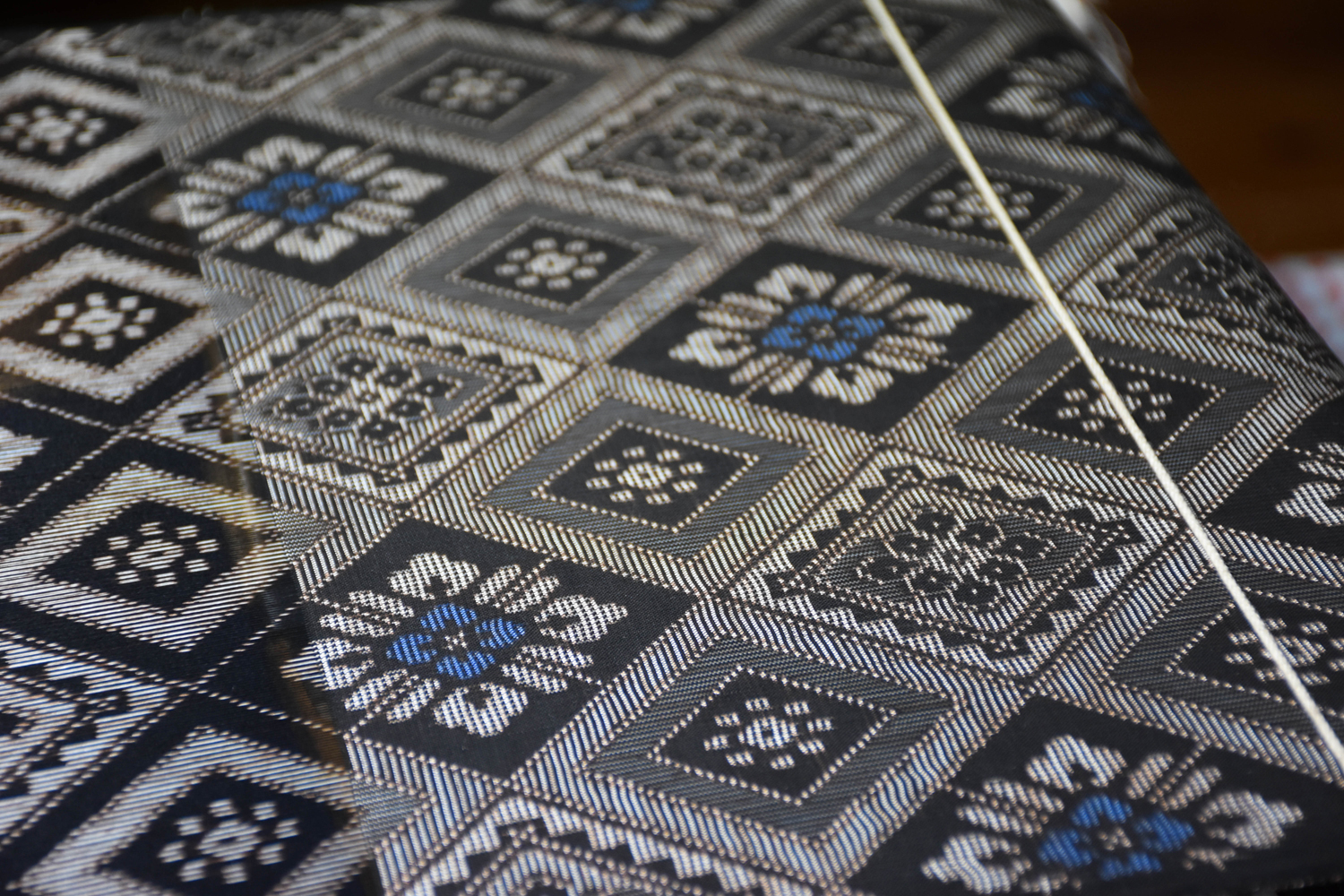 Yuki Tsumugi (Yukikimusi) is a silk fabric that makes Ibaraki Prefecture and Tochigi Prefecture the main production place. It is simply called Yuki. Important intangible cultural property of the country. The top class products that feature fine stripes and kasuri depending on modern technological innovation are mainstream. Originally it was a stiff and durable fabric, but as the thread has become thinner as the sashes are refined, it is now often described as “light and soft”. It is a high-class fabric that continues from the Nara era and is made in Yuuki-shi, Oyama-shi etc. [1]. It is characterized by astringent taste, which suppresses the glitter of silk, and warmth of bulky fabric, all steps are made by hand, making it a very expensive fabric. 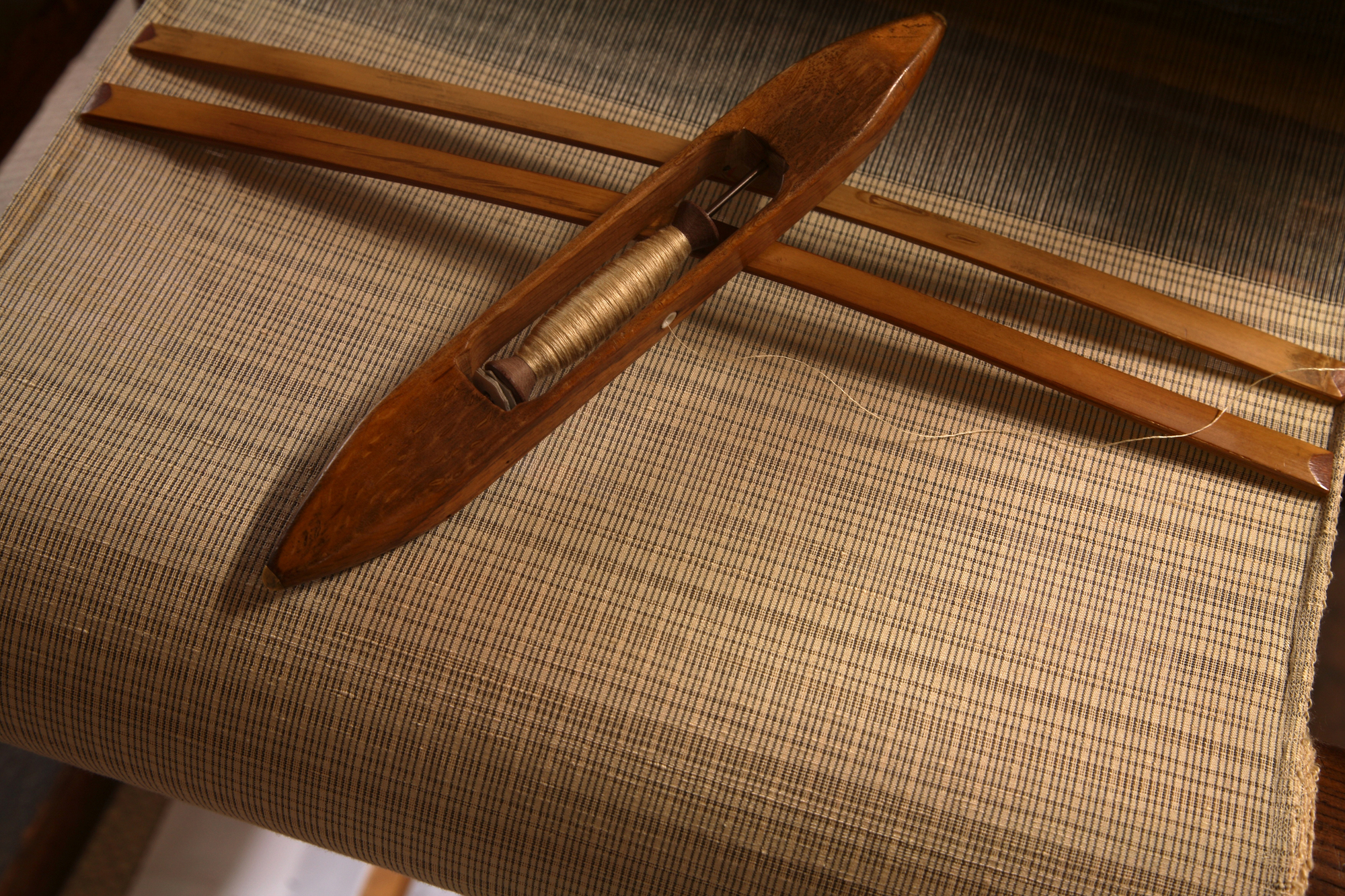 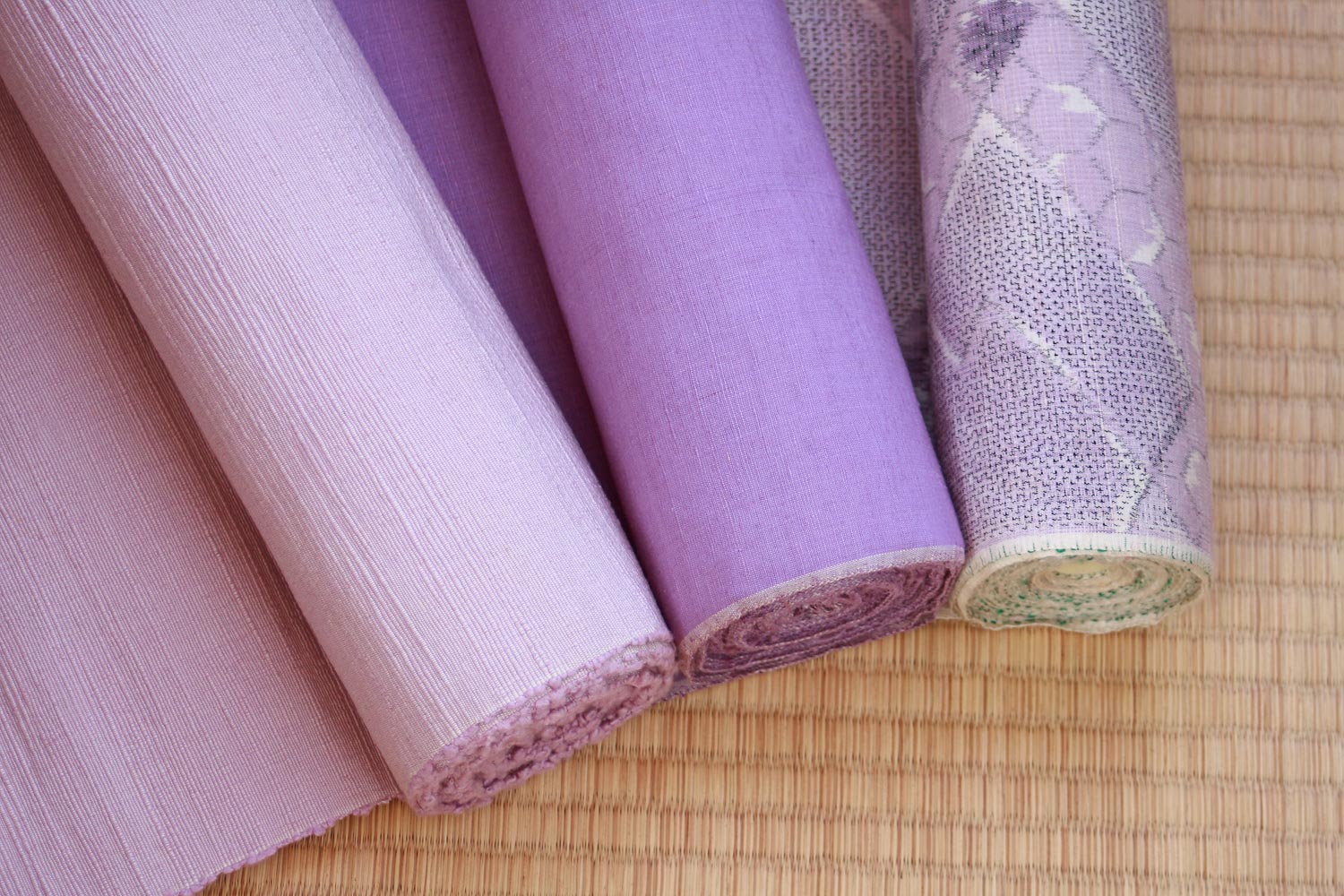 Kurume cloth (Kurume Kasuri) is manufactured in Kurume-shi, Fukuoka Prefecture and the former Kurume clan area in the vicinity [1]. It is cotton fabric, Indigo dye is the main body [1]. Weave using a thread (sacrifice string) which was previously dyed indigo and white and expresses a pattern. It is also one of the three biggest Japanese splashes together with Iyo Kasuri, Bisai Kasuri. The technique of Kurume cloth pattern was designated as an important intangible cultural property in 1956 [1], in 1976 it was designated as a traditional craft by the Minister of Trade and Industry. 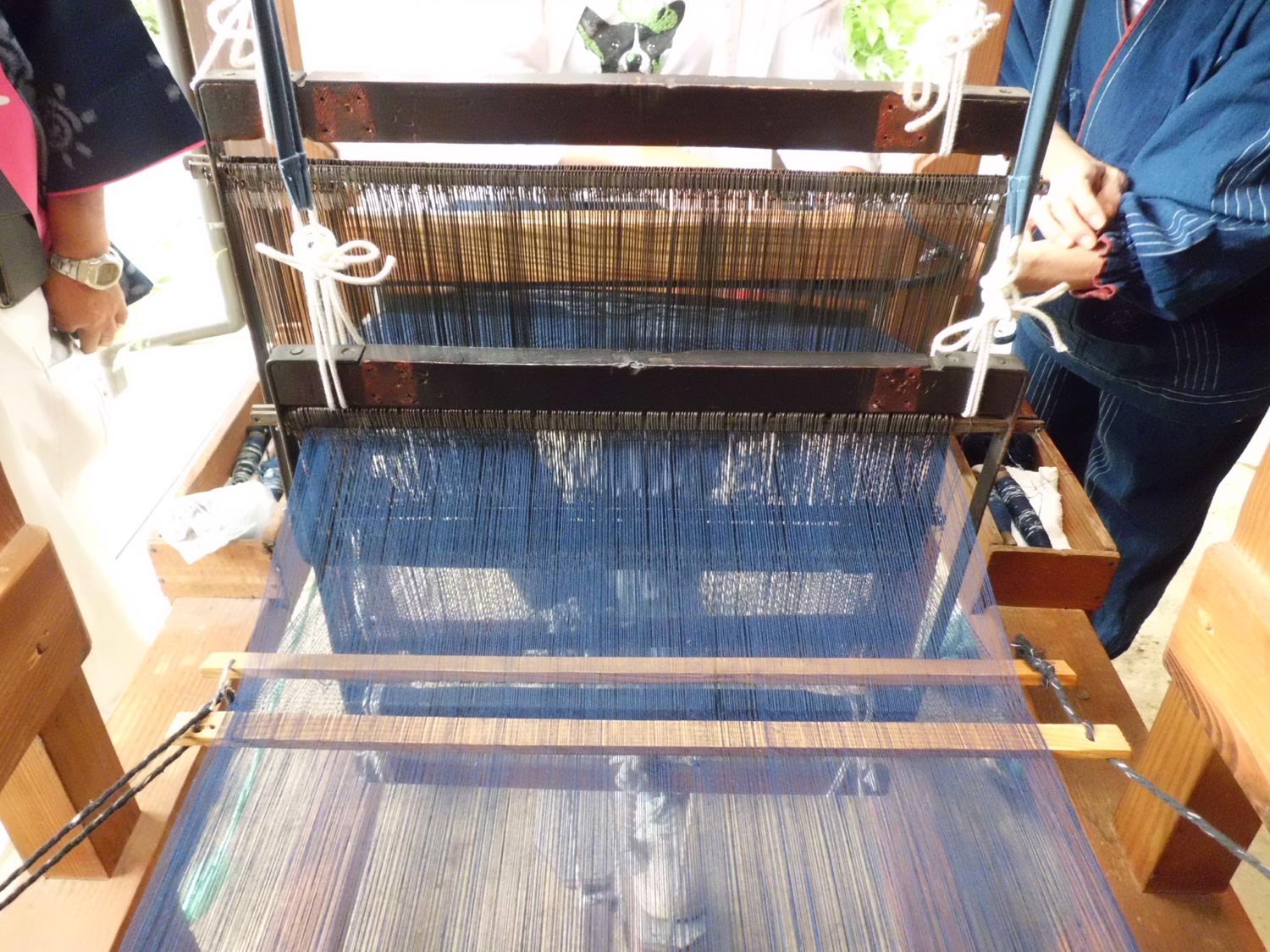